Message from The A Level Coordinator

The role of an academic institution is not only to pursue academic excellence but also to motivate and empower its students to be lifelong learners, critical thinkers, and productive members of an ever-changing global society. At the Intellect School we provide an atmosphere to our students for heterogeneous development , where students are encouraged to channelize their true potential. This can only be possible in a comprehensive, student centric environment. The abilities, skills and the achievements need to be nurtured and encouraged so that the student is able to attain the heights of achievements. The Intellect School A Levels provides them opportunities to exhibit and express their skills other than providing them with good education. The school is diligently working to make the best possible efforts to inculcate strong values combined with academics in the students. At the Intellect, academic excellence is a major thrust and because of this we have put a great deal of effort in hiring the best teachers for our students.

Parents are the most strengthening power in constructing the future of their children. Their consistent support helps us to do our best. We humbly pay our gratitude to them for supporting us and believing in us. We strongly believe that by the will of Allah (swt), Intellect will prosper and will become stronger, adding a new leaf to the grandeur of the school.

The mission of The Intellect School is to develop our students academically, spiritually and physically; thereby producing leaders who strive to bring a positive change in society.

The Intellect will serve as our flagship school to promulgate our goals and in the establishment of a network of schools within Pakistan and abroad that revolutionize education by integrating Islamic values and principles with our main stream curriculum.

The curriculum has the following key features:

Grading System
The Final Transcript for AS Level summarizes the student’s progress throughout the year.
Discipline
Attendance
Absence Policy

Our young students regularly have motivational talks which are based on further enhancement of their physical, emotional, mental health within the perimeters of their faith and deen.

Students get to enjoy internal events such as carnivals, Eid Milan parties along with bake sales and similar events held at school.

Students get the opportunity to go on excursions.

Our goal is understanding and exemplifying good library behaviour along with listening skills. Literature awareness is brought about through introduction of famous authors and illustrators. Children, along with learning the basic rules of library get the understanding of different elements of story such as theme, setting, plot and characters. The library is regularly updated to keep the love and excitement alive.

Students get the opportunity to go to the science lab where they get to do multiple activities and experiments.

After the registration, students are then interviewed to gauge their eligibility for admissions. There is no formal testing for the students applying for A Levels. Admission is based jointly on interview held with parents as well as behavioural assessment of the candidate and Letter of Recommendation from the last attended institute.

After the interviews are held, parents of successful candidates are informed accordingly and are then given a deadline within which pay order must be submitted. It is only after submission of pay order that admission is finalized.

Please read the following information carefully before completing the application.

a)  Official school transcripts for classes IX, X and XI

c)  Recommendation from the principal of the previous school

e) Copies of certificates for honours, awards and commendations

g)  3 Copies of National ID cards of both parents and student. (Pakistani Nationals)

h)  Copies of first two pages of passport of both the parents or guardian. (Foreign Nationals)

7-  Candidates are responsible to ensure that their application and supporting documents are complete and submitted on time. The Intellect reserves the right to revoke admission or enrolment if any false, inaccurate or omitted information is found at any time during a student’s enrollment at The Intellect.

8-  The Admission Committee reviews all applications and its decision is final.

9-  Official O Level results must be submitted to the Admissions Office within seven days of being received by the candidate. Any significant variance from projected grades will be reviewed by the Admission Committee.

10-  The students enrolled at The Intellect cannot sit for any other examination(s) without taking written permission from the Principal.

We are currently offering the following A Level subjects – taught at the AS and A Levels:

Ideal for those hoping to go into careers in accounting or finance. Also a good   supplement to math/science courses.

Essential preparation for most careers.

Ideal for those students interested to go into careers in Accounting and Finance.

The duration of each A Level course is two academic years. A subject will be offered if a minimum of 3 students opt for it. Each student may select a minimum of three subjects and a maximum of four subjects.

Please note that The Intellect School does not provide transportation to its students directly. For this purpose, students are requested to avail private van services, available within premises of the school or as per their convenience. 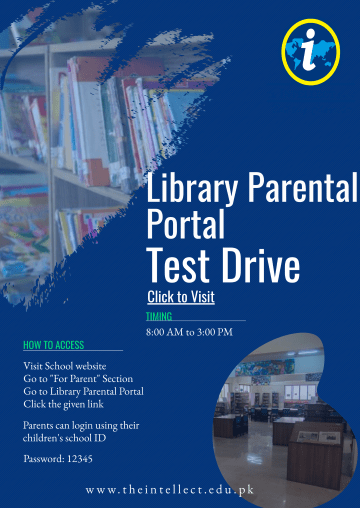